How Disco Changed the Economy 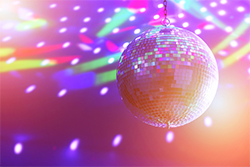 As you well know, we are going through a period where some major events, mostly negative, are changing and shaping the way our world will work in the future. The other day I found myself thinking about the past and how all the events that I remember, mostly negative again, helped shape the world we live in today – war, assassination, market collapses, reigning Presidents, nuclear threats and, as you know, that list goes on and on. And then I stumbled on something positive, really positive, that shaped our world and I want to share that with you.

In the 1970’s Disco emerged through the music scene and stole the spotlight from some of the world’s most popular rock artists of the time. Artists and groups such as Led Zeppelin and Black Sabbath were elbowed off the radio and pushed to the sidelines as the Bee Gees and Donna Summer soared to the top of the charts. Where you used to see tie-dyed shirts, bandannas and the “John Lennon sunglasses”, the new fashions of bell bottoms, polyester, platform shoes, jumpsuits, halter dresses, hot pants and glitter were taking over and could be seen in the disco’s every weekend.

As disco fever gripped the United States, its fans were predominantly middle class. Unlike rock and roll, the disco listeners were less likely to purchase an entire album and in turn spent their money at the nightclubs drinking and, needless to say, on euphoric party drugs. This changed the consumer behavior and continued to influence the music industry for years. With the new fashion trends and albums filling the shelves, the disco culture was engraving its mark. By the late 1970’s there were over 15,000 nightclubs across the country. Where old buildings and warehouses used to stand, investors saw an opportunity to turn these open spaces into an escape from the hardships of the time and to create an atmosphere of illusion. But what really solidified the disco scene was John Travolta and his white suit and black butterfly collar shirt. Saturday Night Fever was released in 1977 and brought the disco culture and music to the mainstream. Disco was becoming widely accepted by people of all walks of life.

Though the music and retail industry saw an influx of sales on albums and clothing, this was also the same time during President Carter’s era that we saw some of the lowest unemployment rates. Our economy was in a fragile state with it tumbling in a downwards spiral. And just as disillusioned as the nightclubs were, so was the impact the disco scene had on the economy. Through all of the glam, glitter, party lifestyle and easily accessible euphoric drugs, crime rates soared and the combined index of unemployment and inflation reached new heights.

The 70’s, and in particular disco, was a very influential decade in music and our economy. Though disco never increased the employment rate or effected the consumer price index, it did have a major impact on many aspects of life including movies and fashion. The culture is what it mainly changed and because of this people became free-thinkers; questioning government and demanding their voices to be heard. Somewhere down the line, disco may not have single-handedly changed the economy but it certainly did influence the direction. So, I hope you enjoyed learning about this as much as I did. And, I hope you will be able to find other positive things that balance off all the negativity that surrounds us today.

Who Can Benefit from Wealth Management? Is it You?

Average Return or Consistent Returns: Which Is Better for Retirement Planning?

Workplace Retirement Savings Plans: What Should You Do If You Quit, Are Laid Off or Fired?

4 Questions That Should Guide Your Investment Plan

How to Adapt Your Investment Plan to Life Stages

Investing Strategies: Which Is Right for My Investment Plan?