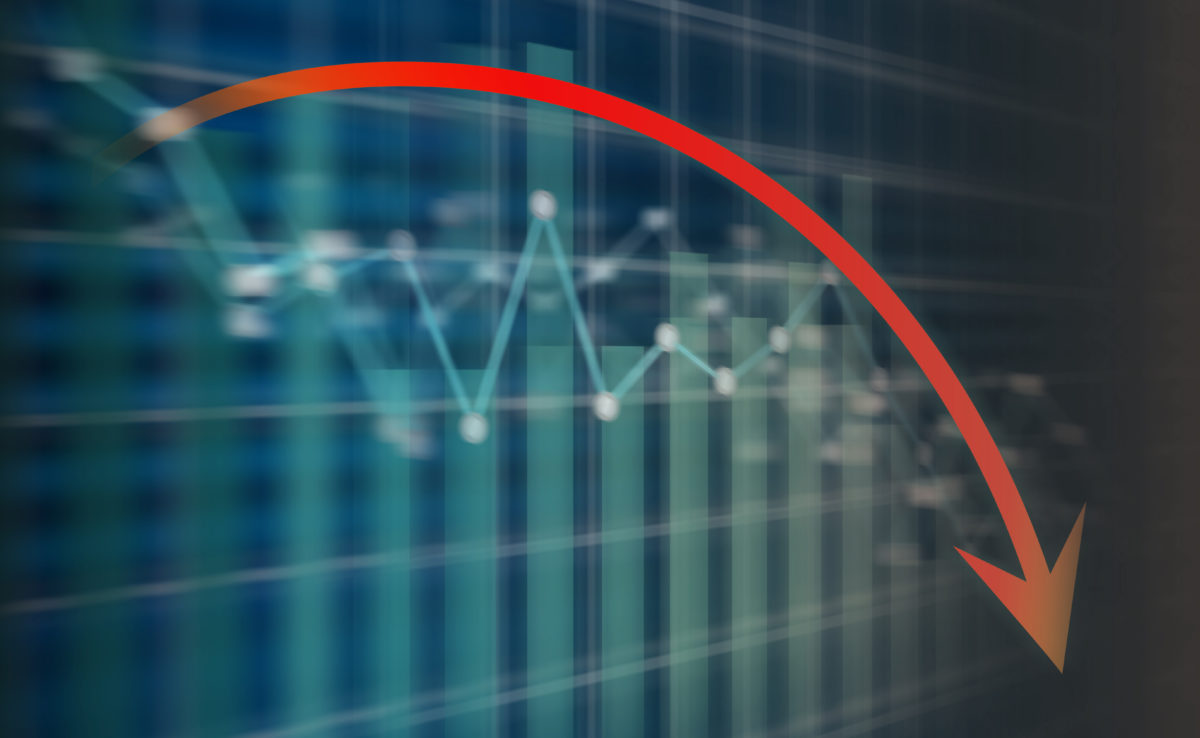 The “R” word for most folks is Retirement. With sudden losses in the stock market due to trade tensions with China, and a bunch of other national and global economic indicators that are softening, the market has once again taken a short dive to the negative, and a new “R” words is circulating—Recession.

That’s a double whammy. Not only do you have to plan to make your money last through your lifetime, but now you have to make your retirement income with a recession looming before you. If you’re in the Retirement Risk Zone, the period 10 years before and after retirement, that’s a challenge that can seem quite daunting as the future is so uncertain.

Is a Recession Coming?

Many people I visit with want to know whether or not I think the market will rebound as it has always done in the last couple of years when we have had a negative blip, as we had this week. The fact is that neither I, you, nor anyone else can answer that question—other than saying that bull markets don’t last forever and the market will, at sometime, burst its bubble and take a dive. And, no one can tell you whether that dive will be a huge belly-flop or something less dramatic.

The question of whether or not a recession is coming, I believe, is much easier to answer in that the signals are much clearer. Right now, there are a number of signals that have turned from green to yellow. In other words, it’s beginning to feel like a recession is looming on the horizon, more clearly than it has been in quite some time. Let’s look more closely.

What is a Recession?

When trade and industrial activity are reduced, generally measured by a fall in GDP (Gross Domestic Product) for two consecutive quarters, we are in a recession. The latest setback hit German industrial production—which in June registered its biggest annual decline in almost a decade—highlighting the severity of a manufacturing slump in Europe’s largest economy.

In the Asia-Pacific region, central banks in New Zealand, India, and Thailand made surprise interest-rate cuts trying to safeguard their economies from global headwinds. In the U.S. interest rates were lowered (another reduction is expected to take place in September) but it is expected that monetary policy will not do much to stimulate the economy here and around the world.

To compound matters, investors, according to some recent surveys, are much more bearish. And a closely watched segment of the yield curve, the difference between 10-year and three-month U.S. Treasury debt, inverted the most since 2007, indicating bets on protracted weakness. While there are instances when the market rises during a recession, in the current economic and market environment most economists and market forecasters agree that a recession, especially one prompted by trade wars, will take the market down, perhaps substantially.

You can see from the chart below that roughly every four years the U.S. has entered a recession. Even though they’ve been more spread out after WWII, recessions have still occurred once every five years or so since then. The longest period of calm in the economic cycle was during the 1990s when the economy went a full decade without a down cycle, and now since 2009, about 10 years, so it makes sense to consider when we’ll see the next one. 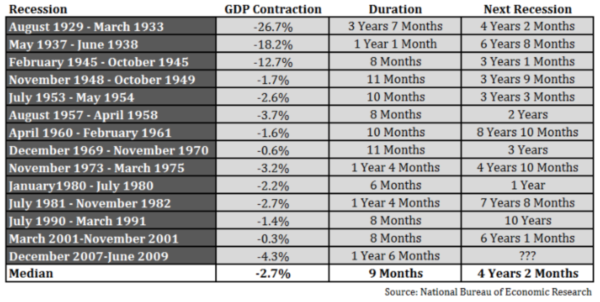 At the root of current concern is the fear of tariffs and how they would impact the economy. Under one scenario, if Trump carries through with his latest threat to impose 10% tariffs on a further $300 billion of Chinese goods, one could expect a retaliation from President Xi Jinping. While the direct cost of those tariffs is likely to be small, it is the uncertainty created by a further escalation of the trade war that could weigh on investment, hiring and ultimately consumption.

Morgan Stanley economists predict that if the U.S. puts 25% tariffs on all Chinese imports for four to six months and the country hits back, a global economic contraction is likely within three quarters. The tensions also extend beyond the U.S and China to include Japan and South Korea, as well as Britain’s future relationship with the European Union.

But, that’s not all.

“With no end in sight, there are significant downside risks to our forecasts for U.S. and global growth,” Bank of America Corp. economists warned clients this week. “If the trade war escalates—this could include a more explicit currency war—uncertainty would be considerably higher and financial conditions much tighter.” And Bloomberg chimed in as Tom Orlik, chief economist said, “Asset purchases [infusing money into the economy]—if the ECB and others take that path—will be less effective this time than they were in the past. Conventional policy space is limited. Unconventional policy is of limited effectiveness. Best hope it’s not needed.”

Finally, much depends on consumer and corporate confidence.

JPMorgan Chase & Co.’s global manufacturing purchasing managers index already shows contraction. With Germany in a funk, the European Central Bank is poised to begin a new round of stimulus as soon as September, potentially including a rate cut further into negative territory, to fight a deepening slowdown. 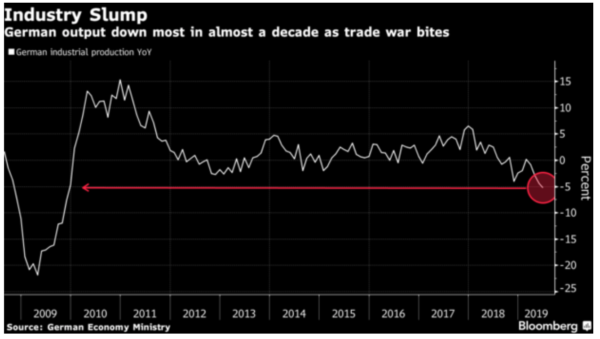 What About the U.S.?

In the U.S., manufacturing growth has slowed for four straight months and Citigroup Inc. equity strategists have cut their earnings forecast for S&P 500 companies. Fortunately, consumers have continued to spend, supporting the U.S. even though at somewhat lower levels of earnings. The problem is if the tight labor market begins to unravel and jobs are lost, consumer spending will falter. If that happens, the chances of a recession here in the U.S. rise substantially, and that would impact the rest of the world.

And Then There’s the Yield Curve (Once Again)

You might have missed this very important fact (unless you’re a number nerd like me), the yield curve for the U.S. Treasury bonds recently “inverted” for the first time since 2007 and is inverted now as a 10-year Treasury bond is 1.75% and the yield on a 3-month Treasury is 2.05%.

Normally, long-term interest rates are higher than short-term rates. Think of a Certificate of Deposit at your bank. If you lock your money in for 5 years, it is almost always for a higher rate than for, say, a six-month CD. So a normal yield curve is positive, meaning longer maturity at a higher rate. However, in rare occasions, this can flip around and we get short-term rates that are higher than long-term rates. This is exactly the situation that we are in today.

If investors are not willing to pay higher interest rates for longer term funds to grow their business, they are basically telling us that they have no confidence in the future. This dry-sounding development has led to a great deal of speculation as an inverted yield curve is, as Wall Street Journal’s James Mackintosh put it, “The market’s most reliable recession indicator is finally flashing red.”

The fact is that all nine recessions from 1955 have been preceded by an inverted yield curve. As the Federal Reserve Bank of San Francisco notes, there has only been one instance in the last six decades when an inversion wasn’t followed by an official recession within two years or less. That was back in the mid-1960s, when growth slowed, but the economy didn’t technically shrink. Since then, there hasn’t been a single false alarm.

Growth in home prices, the main source of wealth for most Americans, is shrinking, fueling the belief that the longest economic expansion in U.S. history is nearing an end. Prices for residential dwellings rose just 3.6% in the 12 months through May, down from 4.1% in January, according to the property analytics firm CoreLogic, based in Irvine, California. While home prices have increased a cumulative 50% in the 10-year recovery since June 2009, declining confidence in the short-term economic outlook, as well as two drops of 10% or more in the S&P 500 within the past 15 months as signals of increasing doubt that housing prices will rise as quickly as in the past.

Housing slowdowns have been a major component, if not catalyst, for economic recessions in the past. Today, housing markets across the country are already heading into a potential correction a solid year before the overall economy is expected to experience the same. Many see the slowdown as a good thing as long as it’s not too slow, and will provide some resiliency in the housing market when the next recession does arrive.

That Skittish Feeling That a Bubble is About to Burst

Maybe you have it and maybe you don’t. But, for many, the sudden ups and downs of the stock market, softening of consumer confidence, the level of global debt and the slowdown of the global economy, plus the unknowns of Brexit, and the ineffectiveness of monetary policy (interest rate cuts) are causing that skittish feeling that something is about to happen, which can be quite unnerving.

Millions of American now believe our booming economy and market can’t last for much longer and fear a downturn is coming: 40% of people polled say they feel the next recession has already begun or will begin within the next 12 months. These worries, however, are divided along political lines. Interestingly, Democratic Americans are almost twice as likely as Republican Americans to believe it’s already begun.

The Fed predicts a 30% possibility of a recession next year. Some have raised that possibility to 40% or even 50%. If you are in the Retirement Risk Zone, that’s a lot to be skittish about. 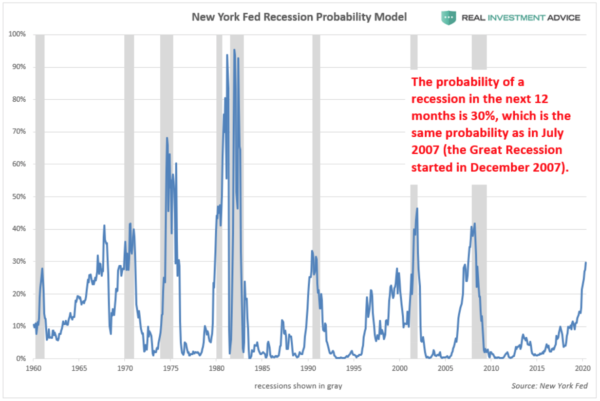 If both of the “R” words are on your mind, remember that if you walk a straight line in a crooked world, things will not work out well for you. Everything changes, rises and falls, comes and goes. If you take care of that which you can control, giving yourself the freedom to shift and change, respond to the different influences impacting you and your finances, then all will turn out right. No doubt, in my mind, a recession is coming. If that worries you or causes you to lose sleep, that is only because your plan (if you have one) either needs to revised or revisited. Let us know if you would like to do that. We are here for you.

Who Can Benefit from Wealth Management? Is it You?

Average Return or Consistent Returns: Which Is Better for Retirement Planning?

Workplace Retirement Savings Plans: What Should You Do If You Quit, Are Laid Off or Fired?

4 Questions That Should Guide Your Investment Plan

How to Adapt Your Investment Plan to Life Stages

Investing Strategies: Which Is Right for My Investment Plan?